Investing in the Future of Our Community 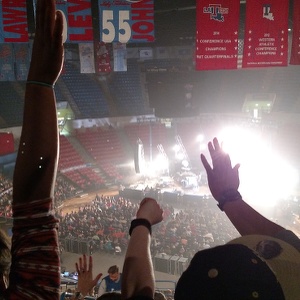 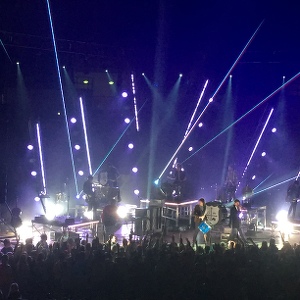 The Boys and Girls Club of Ruston kicked off the summer with a great concert to raise money for their ongoing mission to provide youth in North Central Louisiana a safe supervised environment where they can develop into positive productive members of society.

"The Boys and Girls Clubs of North Central LA is so grateful for the efforts of Jonesboro State Bank in offering free tickets to all the students of Jackson, Winn and Bienville parish to our recent concert at Thomas Assembly Center on LA Tech Campus, for King & Country which is a band that promotes a positive message to young people. We were so thrilled that 285 students actually took advantage of the free ticket offer and attended the concert!
This fundraiser helped us raise over $50,000 and these funds will be used to support the mission of the Boys and Girls Club which is to provide youth in North Central Louisiana a safe supervised environment where they can develop into positive productive members of society. This mission could not be fulfilled without the generous help of community people like Thurston and Grayson Allen and the support of outstanding businesses like Jonesboro State Bank!"

"I just want to say thank you so much for the generosity of Jonesboro State Bank for providing the For King & Country concert tickets to all of the students in the area schools. I teach at Castor High School and am originally from Jackson Parish, so it makes me proud to know that there are people back at home that are willing to do something of such great magnitude in order for the youth in the area to hear a positive message when they hear so much negativity on a daily basis.  As a teacher, I was excited to know that my students would have the opportunity to go to the concert if they wanted. Hopefully many will be able to attend and will be impacted in a positive way! Thank you again, and may God bless you for your willingness to serve Him."

Picture courtesy of the United Methodist Children's Home in Ruston, LA and Boys and Girls Club of North Central LA

Jonesboro State Bank strives to invest in Jackson Parish and the surrounding areas to create opportunities for our customers and area citizens.

We pledge to be mindful of each customer's individual needs and goals, and we want to make sure we are living up to that pledge. Please take the time to provide us feedback on your banking experience so we can better assist all of our customers.

Security is Our
#1 Responsibility to
Our Customers

Help protect your investments better by understanding
how to prevent yourself from these threats.